It’s been a while since I’ve ranted, so here goes.
I just started reading Ann Crittenden‘s “The Price of Motherhood” and my blood is boiling. If I were one of those geeked-out runners who wore a heart rate monitor all the time, mine would be around 190 right now – about what an all out 400m feels like for a 45 year-old. Anyway, here’s a Crittenden quote from a Q & A interview I found online:

Q: What is meant by “the price of motherhood?”

A: For the average college-educated woman who leaves the workforce to care for a child, that probably amounts to about a million dollars in lifetime earnings she left behind. Yet American mothers are not only not paid for all the work they do, but are also penalized for it-in terms of lost income if they stay at home, an inflexible job market that makes part-time work scarce or inadequately paid, and in the case of divorce, they’re refused family assets by divorce laws that don’t count their unpaid work. Unpaid female labor-raising the citizens of tomorrow-is the priceless, invisible heart of the economy. Those in this “unpaid labor force” deserve the same rights and respect as other workers.

I have known all this for years, but because I have been so busy caring for my 3 daughters pretty much round-the-clock it wasn’t until I decided (finally) to go back to somewhat “real” work that I realized the colossal injustice of it all. I hope my husbands (that includes my ex, whom I hold dear as family still) don’t get too pissed off when/if they read this … but we moms in the U.S. really do operate under a double-bind situation. Once a woman has a child it is up to her to figure out how, when, and if she will ever be able to leave domestic servitude again. Almost all fathers I know go right back to work after they have their little 3-6 weeks of paid paternity leave while the young mothers – suddenly home all day every day – have to come up with their own solution to how they will return to their careers. It is not society’s problem; it is a painfully private [secret?] dilemma that every single mother faces if she has ambition to do or be anything outside of the home. In many cases, the grandmothers step in (either a woman’s mother or her mother-in-law) to take over the primary caregiving of the infant. But, I imagine, they aren’t paid for their work either. Grandmothers do it out of their “selfless love” for their children; they want their daughters to be happy and fulfilled in their careers without worrying that Baby is stuck in some 10-hour daycare setting, being rotated like a turkey (change, feed, burp, nap, repeat) with a dozen other Butterballs.

When I left this week to travel to a race with my new CAC athletes it was a business trip. My daughters are old enough now to understand that mommy will be back in 2 days. I had no guilt or hesitation leaving, but as I drove away I did ponder why I had to give up 10 years of momentum in my career. When I left the coaching profession 10 years ago, I was on a fast track [no pun intended] mostly because there are so few female coaches in track and field, and now as I try to return to this mostly-male profession as a middle-aged woman, I realize I will probably never “make it.” I will coach individuals to FAST times, no doubt … but I won’t ever command a big salary at a major university because I missed that boat. If you want to be a mother, you have to choose between the BIG boat or the little dinghy. 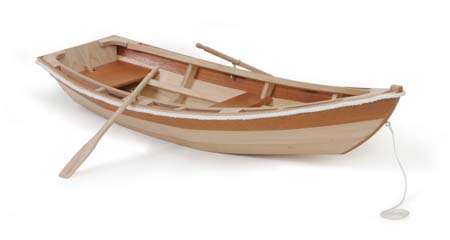 12 thoughts on “the little dinghy”